I was Scammed out of 3k, here’s my story 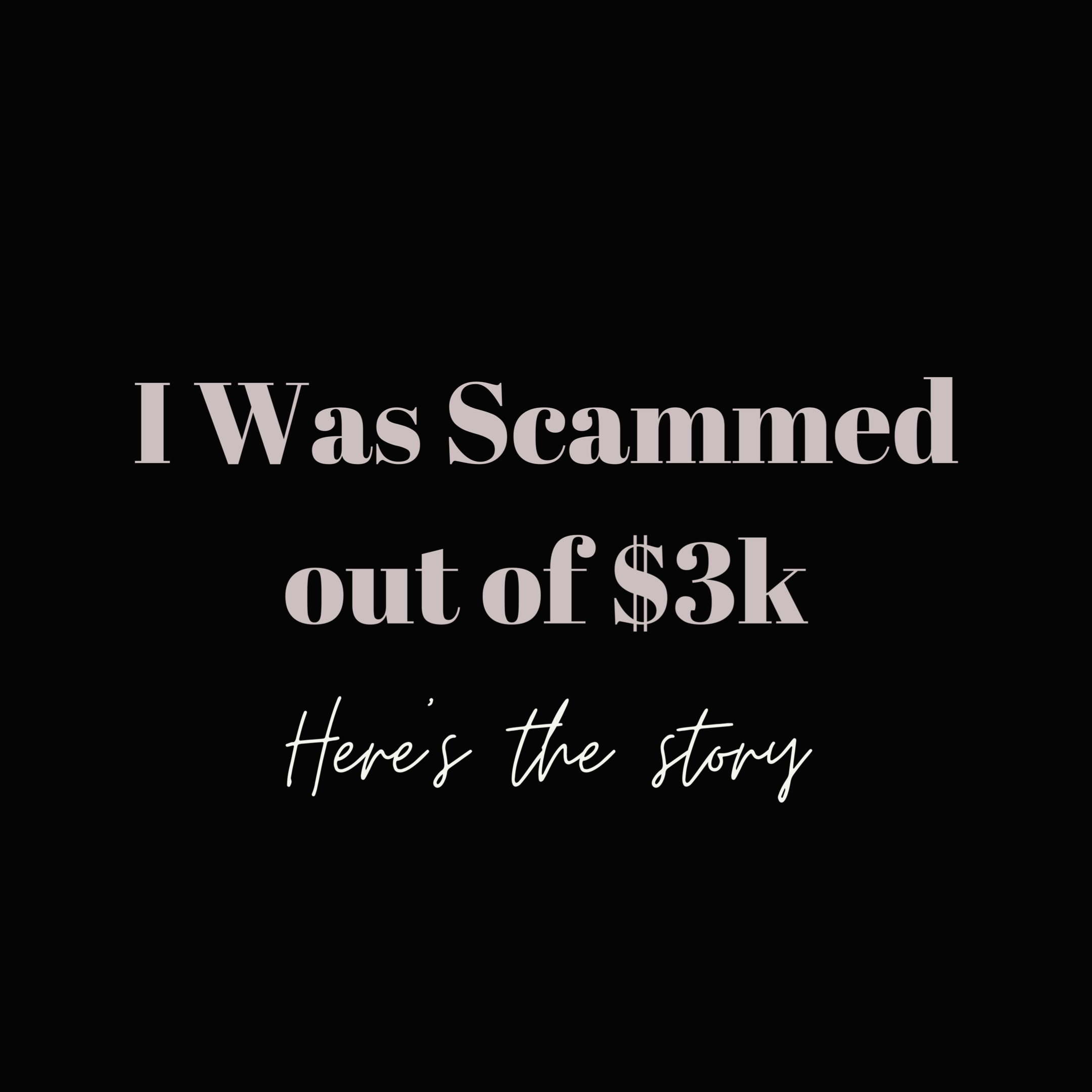 I *so stupid, hate myself* have been a victim of a scam posing as a short film production, and I want to share the story so the same doesn’t happen to anyone else. I’m out of pocket $3k.

Here is my story:

I was emailed by ‘Martin Tucker’ (martintuckerproduction@gmail.com- phone number: 213-374-1777) on Friday August 14th. He asked me to be a production assistant on his upcoming short film called ‘Grateful’ shooting in Los Angeles Sept 9-12. OK, sounds normal enough. He also asked me to work pre-production. He sent me a standard deal memo for production work and I was told I would make $1200 for preproduction. He told me the first check would be for more money so I could start paying to secure what we needed for the film.I received a $4970 check from PRIDGE LLC (1025 Westminster Mall, Westminster CA 92683 from Broadway Bank) on Friday August 21, which I deposited same day. The check cleared.

The following day, I was asked to send 3 money orders (totaling in $2800) to TYLER A KING 1721 EAGLE ST NEW ORLEANS, LA 70118. I was told to send it FedEx overnight shipping for 10:30AM on Sunday, no sig. Tyler was supposedly the camera operator and he was finishing up on a film in Lousiana. Next, I was asked to Venmo Franz Neil Reola @ franz-neil-reola (luckyhalo_kat@yahoo.com, 747-236-4312, Panorama City, CA – Landlord Yolanda). I was told he was the sound guy. I did not send Franz Neil the money because the check bounced out of my account! Thanks Chase Bank – apparently there’s some 7 day grace period?? I had only sent the money order against my best judgment because the check had already cleared in my account and I thought I was doing the right thing. I didn’t want to hold onto money that wasn’t mine. So with fees and fedex, now I’ve been scammed $3000. Franz (who goes by Neil) emailed me back saying he doesn’t know a Martin BUT he told Mr. Rouleau about all of this. He said he’s also a victim of the same scam.

Then why was I asked to send Franz Neil money? Why won’t Franz Neil answer any more of my questions?

If Franz Neil is telling the truth, is it a ponzi type pay off?

Troy D Williams and Jebyron S Boyd (not Tyler A King) come up as the residents at the Eagle St residence. The house is owned by Samuel Claiborne.

One check was cashed by KAITLYN PERKINS, she is 24 years old and a recent graduate of LSU Alexandria. She listed 1721 Eagle St as her address. Her mother is EUREKA MILLER and her aunt is TROY WILLIAMS.

There is an LLC for Pridge (expired) out of Louisana under YOLANDA B VALLE and ROBERTO N VALLE. The LLC address is 44424 S Coburn Rd. Hammond, LA 70403.

I just want to share the story as I unpack the mystery. Hopefully I can save one or two people from making the same costly error as myself. Or maybe someone can add pieces to the puzzle of ‘clues’. Martin went above and beyond in his acting skills to make me feel comfortable with the arrangement. He spoke to me in length on the phone and via email. We had physical meetings set up with the production team. The people I was asked to send money to had imdb credits and were easily searchable. He had me sign a very standard deal memo for production work and went over all the COVID guidelines.

Lousiana police said this is the second identical incident they’ve received, and LAPD was all too familiar with these types of cases. I posted it to a filmmaker group and there were a few other identical interactions as well, he didn’t even bother to change his name from Martin Tucker Productions.

Be careful out there. they’re preying on people who are desperate for work after a long COVID hiatus.