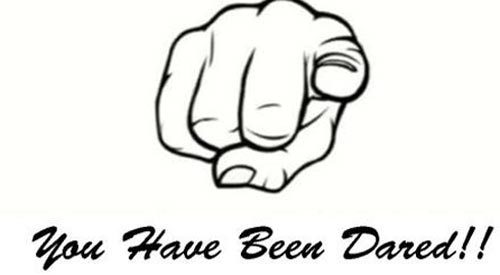 Who were my parents kidding when they declared my 160k in debt for a degree in Psychology and Spanish was a waste of hard earned money!  Por favor!

Lets back up.  I’ve been taking classes at Aaron Speiser acting studio.  More so as an escape from the hectic reality of agent life than for acting chops, but nonetheless the classes are enjoyable.  A natural student at heart, I over-study for everything, would take up residency in a library for fun, and always raise my hand obnoxiously high (I’ve even been known to do the throat clear while I bounce in my seat and silently beg to be called on – I know, so bad).  I’m an academic over-achiever, and damn well proud of it (not to brag but I graduated with a 3.9gpa.  Would have been a 4.0 if I weren’t a baller and didn’t take all honors classes).  Anyways, back to the point.
So Aaron’s philosophy is modeled after Uta Hagen’s novel “Respect for Acting”.  I’ll go into depth on this fascinating approach later, but basically the actor needs to identify with their character and make sense of his or her scene and script objectives through an understanding of common humanity.  People are all similar in their drives, wants, desires, motives and needs. The actor must use his or her past experiences, sense memory and understanding of human nature to become his character on stage (or set).
These past few weeks I’ve tried to really keep my eyes open to human behavior and I’ve become nearly addicted to analyzing it.  Everything from the feeling of waking up from a deep sleep to watching children at the playground interact to seeing a hierarchy at the office makes me more and more eager to delve into a script and put some real work into developing a character.
My challenge to you is to observe how you interact when you are out drinking at a bar or club.  Take note of your mood, body language and inner thoughts.
Now go out again, but without a drink in your hand (or anything in your hand) and no cell phone.  Now how different do you feel?
I rode my bike to Octoberfest.  Not because I’m trying to give off the granola-chic vibe (which I am) but because my boyfriend gave away the car he was letting me drive to his 17 year old brother.  A dead cell phone and no cash for beers, I felt like a circus freak.  I cannot believe how much of a security blanket my cell phone is.. and how uncomfortable chatting up someone new without a drink in your hand can be.
What does this teach us about acting?
The power of props?  The power of social norms?  Sense of belonging?  Alcohol as a clutch?  I’m not quite sure yet, but I wanted to throw my challenge out to the hundreds of zillions of dedicated blog followers (ok fine I don’t have any followers yet, but this isn’t twitter! Its hard!) and see if this is a common phenomenon or if I am alone in my overdependence on my cell and a vodka soda with lime.
Show us some star love:
Your vote is so very appreciated, thank you!
Share

I was Scammed out of 3k, here’s my story