10 Tips for your trip to Phuket, Thailand 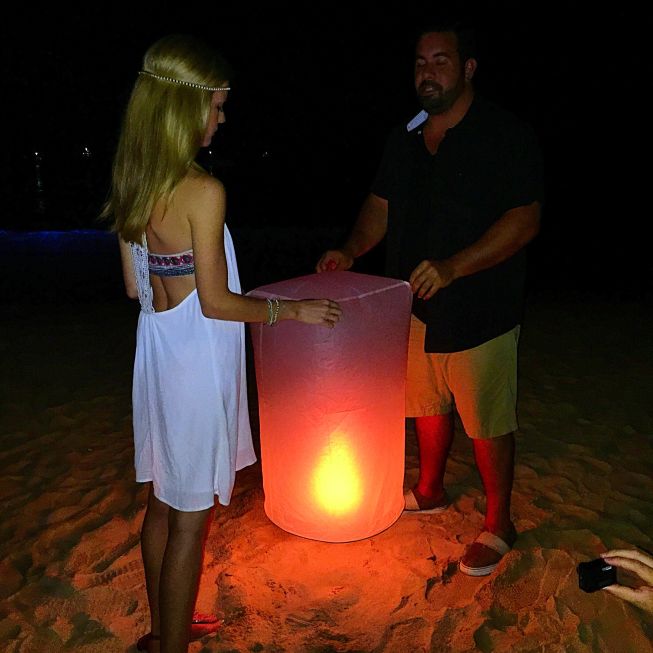 For this post I think I’ll veer a bit off track from my typical travel destination breakdown.  I apologize in advance for the vulgarity, but Phuket was… kind of a mind fuck.  I mean, here’s this island in South East Asia that is globally known as a traveller’s paradise. And while I can’t really argue with this assertion, I can say that Phuket will give you none of the Thai culture of the mainland (like Chiang Mai!).  Why?  Well for one, it’s an island swarming with tourists. The economy literally depends entirely on tourism.  And thus, the food is sub par, the hotels are Americanized, the ‘activities’ over priced… and the island exploited.

Did I enjoy my time on Phuket?  No, I hated getting 5 dollar massages on the beach, drinking my weight in coconut daiquiris and snorkeling with tropical fish in crystal blue water.  Of course I loved it!  But that’s not to say I’m eager to return. Or that Phuket is even on my list of travel recommendations.  Let’s delve into this a bit shall we….

Things I learned from my trip in Phuket.

1. It’s pronounced ‘Poo-ket.’  But for the purpose of sticking with my vulgarity, I’ll continue to refer to it as pha-ket.  Makes for better punchlines later in my list.  Also should mention that the people who inhabit the 30 mile stretch of island speak better English than the majority of Miami residents, so it would be nice for you to attempt to say the name of their beloved land correctly.

2. It’s just like you saw in the pictures. The beaches are gorgeous, the fruit exotic, the resorts are fabulous, the nightlife wild.  And yes, there is a beach littered in monkeys.

3. It’s nothing like you saw in the pictures. The popular beaches are trashed and overcrowded (think Asian tour buses by the hundreds), the prices are jacked up, the traffic atrocious. And Patong…. well Patong is going to need its own bullet point.

3. Patong is like… nothing I’ve ever seen before.  Whatever Patong is it makes Vegas & New Orleans look mellow.   Ping pong shows galore, petite asian girls (and guys dressed as girls) dancing in boxed windows & on bar tables & pretty much every inch of Patong’s wonderfully grimy streets.  This is not a place you bring your kids.  Ever.  This is a place you go with a bunch of friends who are up for getting obliterated and making deplorable decisions.

4. Speaking of activities for the kiddies, stay away from the tiger kingdom & FantAsia shows.  The endangered animals are kept drugged and caged for your enjoyment.  As for the elephant safari tours, they use metal seats that permanently damage the spine of the elephants.  (visit Patara elephant farm in Chiang Mai instead!)

5. Changing gears, you’ll need to rent a car in Phuket.  But warning… they drive on the opposite side of the road here.  We stayed in the most lovely of places.. this little villa rental called Siamaya (pictures below) with our private pool, and even our own little car to drive during our stay!  I suggest staying at these Villas if you’re looking for affordable luxury.  If you’ve got some extra baht to spend, go for a five star all inclusive hotel like the Andara, Trisara or The Shore.  If you opt for the latter, well a car isn’t necessary.  You’ll probably never want to leave your resort.  But me, being a wide-eyed adventurer… not exploring the island really isn’t an option.  We loved having a car to cruise around the perimeter… and of course to have a drink at one of the five star hotels to see what exactly we’re missing out on. 😉

6. It’s okay to hate asian tour buses. I do too.  it’s not a racist thing at all.  it’s just the sheer magnitude of tourists that they schlep around the island… making it nearly impossible to enjoy any of the attraction or beaches. Like Ao Ling island for example.. where you’ll get a 50:1 ratio of tourists to monkeys.  Or the ever popular Phi Phi island… where you’ll be lucky to get a spot of sand to stand on… let alone spread your towel. Do this: charter a private boat company to take you to some of the lesser known islands for snorkeling, scuba diving and taking photos that look like the stock computer screen backgrounds.

7. About those boats… just because the waters clear doesn’t mean it’s not scary AF. Picture massive waves & no safety precautions. Our ‘boat captain’ was a girl my age who was terrified of the ocean and gripped the sides of her life vest until her knuckles were white.  Read: not assuring to someone who is deathly afraid of being devoured by sharks (ME).   Buuuuut it’s all worth it to swim with some of the most colorful and exotic fish in the world.

8. Back on Phuket island, the beaches aren’t much more secluded.  My suggestion is to spend time at Surin beach.. grabbing a deliciously overpriced cocktail at Catch Beach Club or strolling by the beach vendors selling the world’s freshest fruits.  I also suggest paying 5 dollars for a massage.  Sure it’s creepy to be topless while a woman nearing her 100th birthday with the world’s most calloused hands rubs baby oil into your back on a dirty towel… but I think it’s all part of the magic.

9. Now that you’ve had a day to recover from Patong’s nightlife… plan on spending one night at a more refined (expensive) establishment, like Nikki Beach, where if you’re lucky you can light off one of those adorbs little lanterns, of which you can snap a photo, making it into your facebook background, and causing all your friends at home a case of the jellys.

10. There’s only so many papaya spicy salads one can eat. Just kidding!  God do I miss these.  Sure they’re covered in fish sauce (you get used to it) and so spicy that you need to drink an entire coconut after each bite (but whose counting)…. but how refreshing!  You can’t go wrong with the fruit on Phuket. Like jackfruit for example, which I ate a pound of every single day of the trip and now I crave incessantly.  Everything else…. wellllll.  I think the island motto is “Pha-ket. lets cover it in fish sauce and throw it in the fryer”. If you’re looking for a good meal, you’ll have to really do your research.  My suggestions are to make a reservation for Phuket Supper Club well in advance and then stick to the 5 star hotels for fine dining.  I’d hold off on the street meat until Bangkok… get your calories from fruity cocktails while you’re on the island and you’ll be just fine. (photo reference below).

The shortlist: thailand is cheap… Nikki beach is not. ladyboys exist. Ping Pong shows are rated X. Tourists will photobomb every single one of your scenery photos.  Snorkeling is a must. The traffic is atrocious. You may feel violated during your public massage.  Don’t bring your dignity to Patong, you’ll lose it there. And when you find yourself staring up from your guide book saying, “wait a minute.. Phuket is nothing like the pictures…” just say Phu-ket and order another round of daquiris.

While I cherished our time on the island, it is not a place I’m itching to return to.  On my next jaunt to Thailand I’ll probably shoot for one of the less tourist-invaded islands like Karabi.  In the meantime, I’ll hold onto these fond memories below:

Planning your trip to Cusco + Machu Picchu: The Dos and Donts

Guide to the Best of Provence