I am deeply offended that our society is so shallow that fruits and vegetables that aren’t ‘perfect’ enough in appearances don’t make it to grocery shelves.  You know what happens to them?  This perfectly nutritious and delicious produce that is deemed too ugly for consumers? Discarded. 750 million people + in the world are malnourished and we’re over here in the U.S. tossing away the most nutrient dense foods because of a bruise.  But, what if someone like me actually wants those fruit and veggies? Prefers them??  Well, I’ve got the answer.  It’s Imperfect Produce.

Every Monday I get an email from my homies @Imperfect prompting me to curate the coming week’s box.  I pick whichever in-season organic fruits, veggies and herbs tickle my fancy and add them to my small box.  I know what you’re thinking… and you’re right.  I am barely home.  And on the weeks that I happen to be globe-trotting (like right now, Greetings from Nantucket Island!), I just skip the delivery for that week. Pretty simple.  Anyways, depending on the quantity of my order, the price of the box will vary, but I typically spend between $18-20 plus $5 for shipping. For a STUFFED box of food.   Do you know how much produce $20 gets me from Whole Foods?  Don’t get me started on my rant. (but really if you want to see why I’m trying to boycott Whole Foods you can read on here).

When I awake on Friday morning, the goodies are waiting for me at my front doorstep.  I usually rip open the box right there and then, and meticulously inspect every inch of my bounty.  Once and awhile there will be a bruise here, or perhaps a pint-sized avocado or grapefruit there, but for the most part, they seem to just be a surplus of a particular crop that just doesn’t make it to the grocer.

So anyways, I typically lug my box into the kitchen where I pull everything out again to scheme and brainstorm recipes. 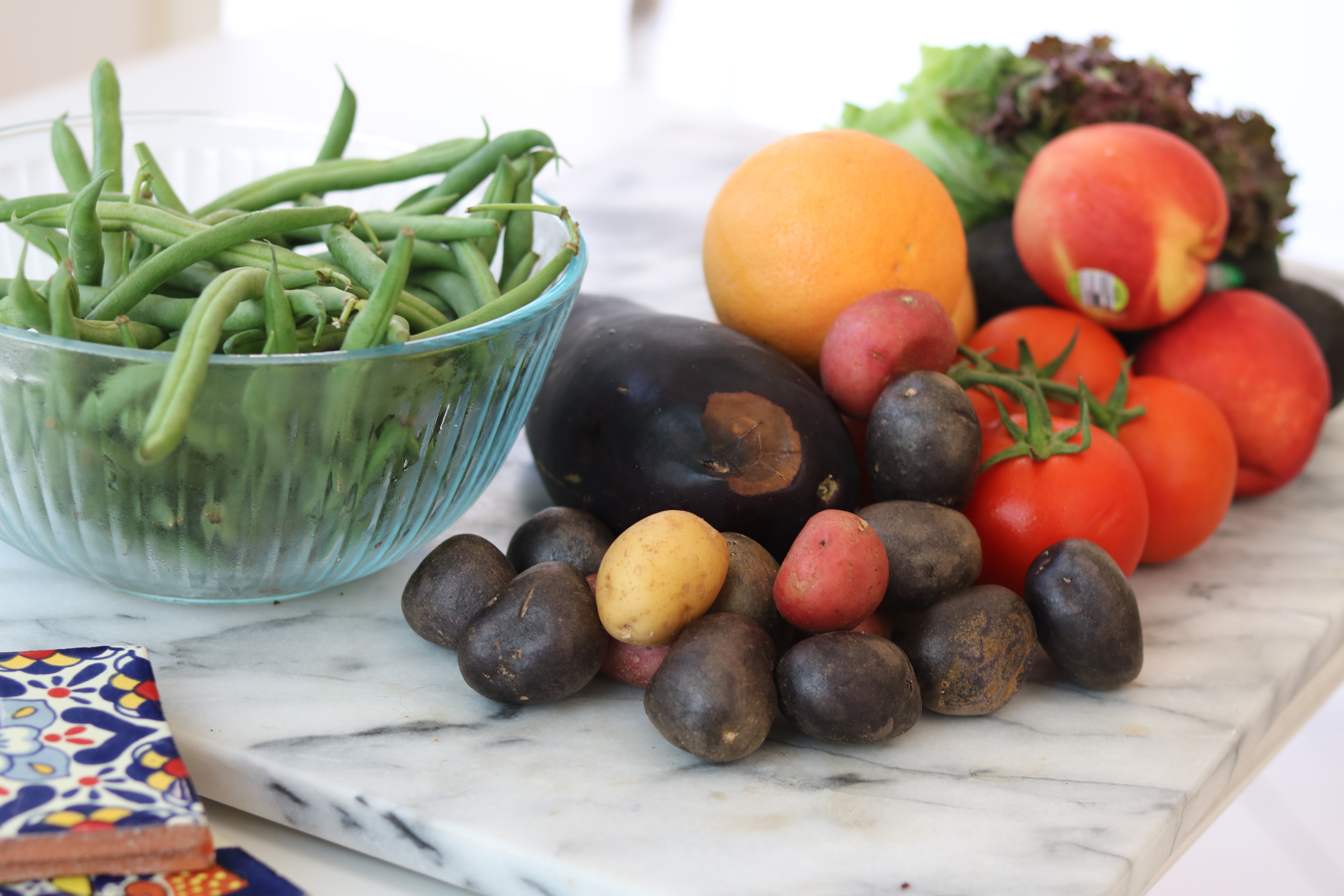 I’ll spend the rest of the day dreaming up vegan concoctions, like chocolate pudding made from an avocado base or a vegan orange ginger coleslaw from all my fresh produce and herbs.   And I absolutely relish in it.  Speaking of relish, that’s a great idea for my next box.

There’s nothing that gets me going like tapping into my culinary creativity, but even if you weren’t up for a day of vegan trial and error in the kitchen, Imperfect Produce is still a game changer.  Save time, save money, eat healthily, and be socially conscious.  But don’t take my word for it, right?  Get 20% off with the code TRAVELINGFIG20 at www.imperfectproduce.com and see for yourself. xo 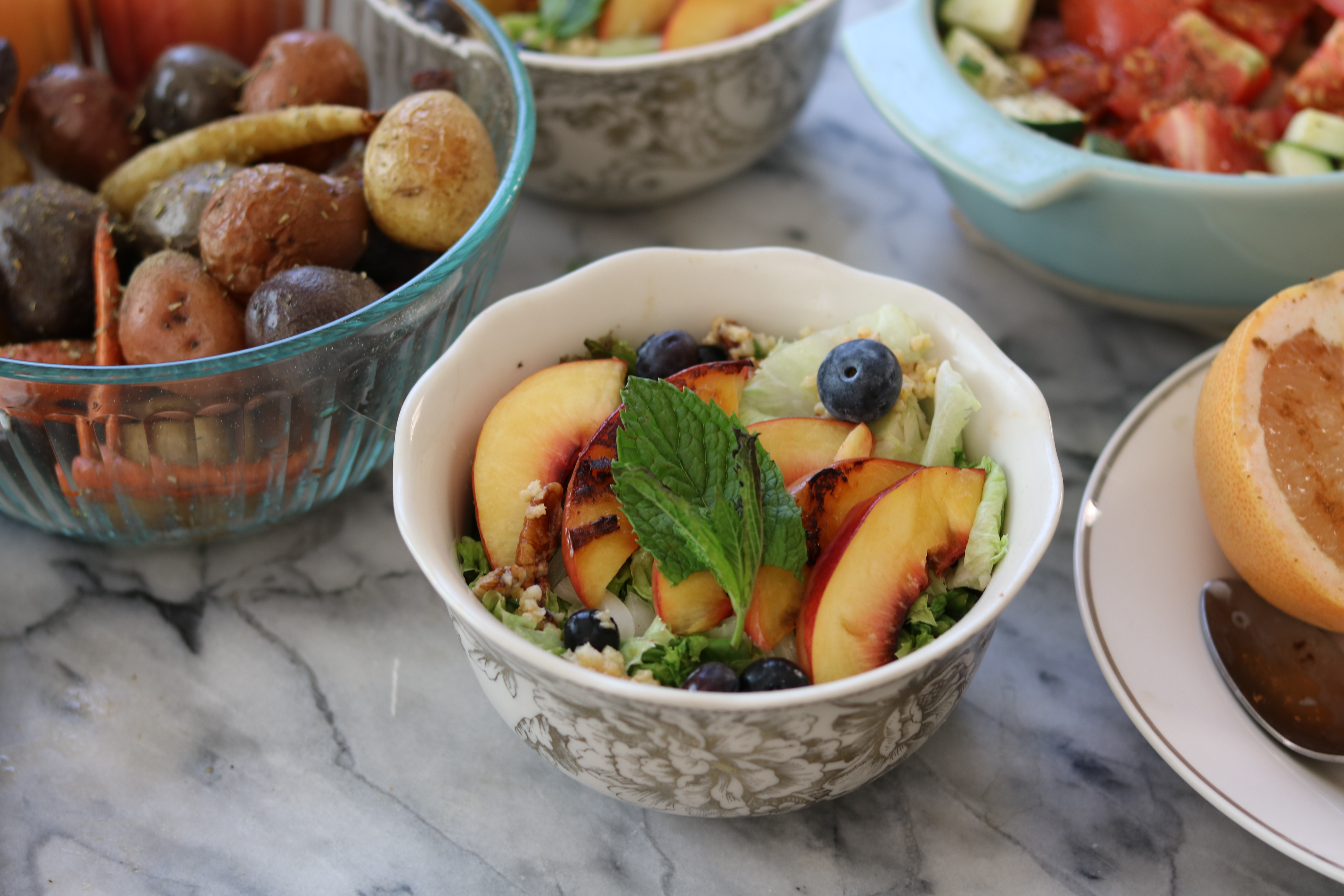 Full Disclosure:  I reached out to Imperfect Produce after seeing their Facebook ads and asked for an exchange of service.  I received complimentary boxes of their delicious fruits and veggies in exchange for this post.  That being said, I would never, ever, blog about anything I didn’t endorse 100%.  🙂

Disclaimer: you are GORGEOUS. You don’t need to

Four Seasons Hualalai is pure luxury without the s

Why don’t I eat meat? Well, I feel bad for the

New post on the blog: Why the Four Season Hualalai