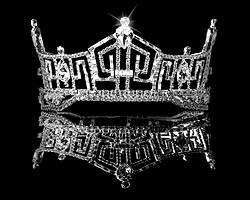 Well.  I thought I would never ever be posting about Miss America after my misfortune with the pageant (I was all set to compete and a few weeks before competition the director told me I actually had aged out – I’m only 24!) :(.

Alas, I was asked to be a mock judge for 5 girls competing within the Miss America organization, so here we are.

I’ve decided to post the questions I plan on asking because I remember having heart palpitations scouring the internet in the middle of the night looking for interview sample questions and coming up empty handed.

Show us some star love:
Your vote is so very appreciated, thank you!
Share
interviewmiss americapageant questions

Mock On Stage Pageant Questions for the Bitter-Hearted Runner Ups.