Skip to Content
Home List - Hero Carousel Globe Trotting A guide to Punta Del Este, from one American to another

Punta del Este: If the Hamptons and Miami had a love child.  And then the most beautiful people in the world showed up to party at it.

– Party, Party, Party.  Let me begin by saying that Punta del Este is best enjoyed for the nightlife.   Besides the infamous (and anti-climactic) hand emerging from the sand, Punta is all about the party.  Day parties start at 5pm, long dinners with free-flowing cocktails at 10, then clubs and bars that last long past the sunrise. And after a few restless hours of sleep, you do it all over again.

-Wallet Depletion. This is not Colombia prices.  It’s American prices.  Expect dinners to cost about the same as at home, and clubs to be equivalent, or even more.  We were quoted 10k USD for a table at a NYE party that we had already paid $450 each for a ticket to get in.  yes.  10k on top of the ticket.  Let. That. Sink. In.   Cabs and Ubers will also be pretty pricy and stores will have similar American style clothing, but for a higher price tag.  Even the grocery store was comparable to the US. Basically, just expect to wince at the end of your stay in PDE.

– Bestie Trip. I would also go so far as to say PDE is best enjoyed with a group of friends over a romantic getaway or family vacation, especially if you go over New Years.

–  A sea of 10s.  All 10s.  Another notable point to mention is that everyone here is going to be the most beautiful people you’ve ever seen.  The wealthiest and most attractive of Uruguay, Brazil and Argentina flock to this glittery coastline.

–Español es rey. Wouldn’t hurt to brush up on your Spanish before you trip.  You most likely won’t encounter more than a handful of other Americans in Punta del Este.  They just don’t go.  It’s too far, too expensive, too much planning.  And you really need to be connected to get into some of the best parties.  Kind of like Los Angeles, but imagine you don’t know anyone and you can’t speak the language.  Will you get by with just English?  Sure.  But expect a lot of cabs driving in circles, and a lot of praying your order comes out right. 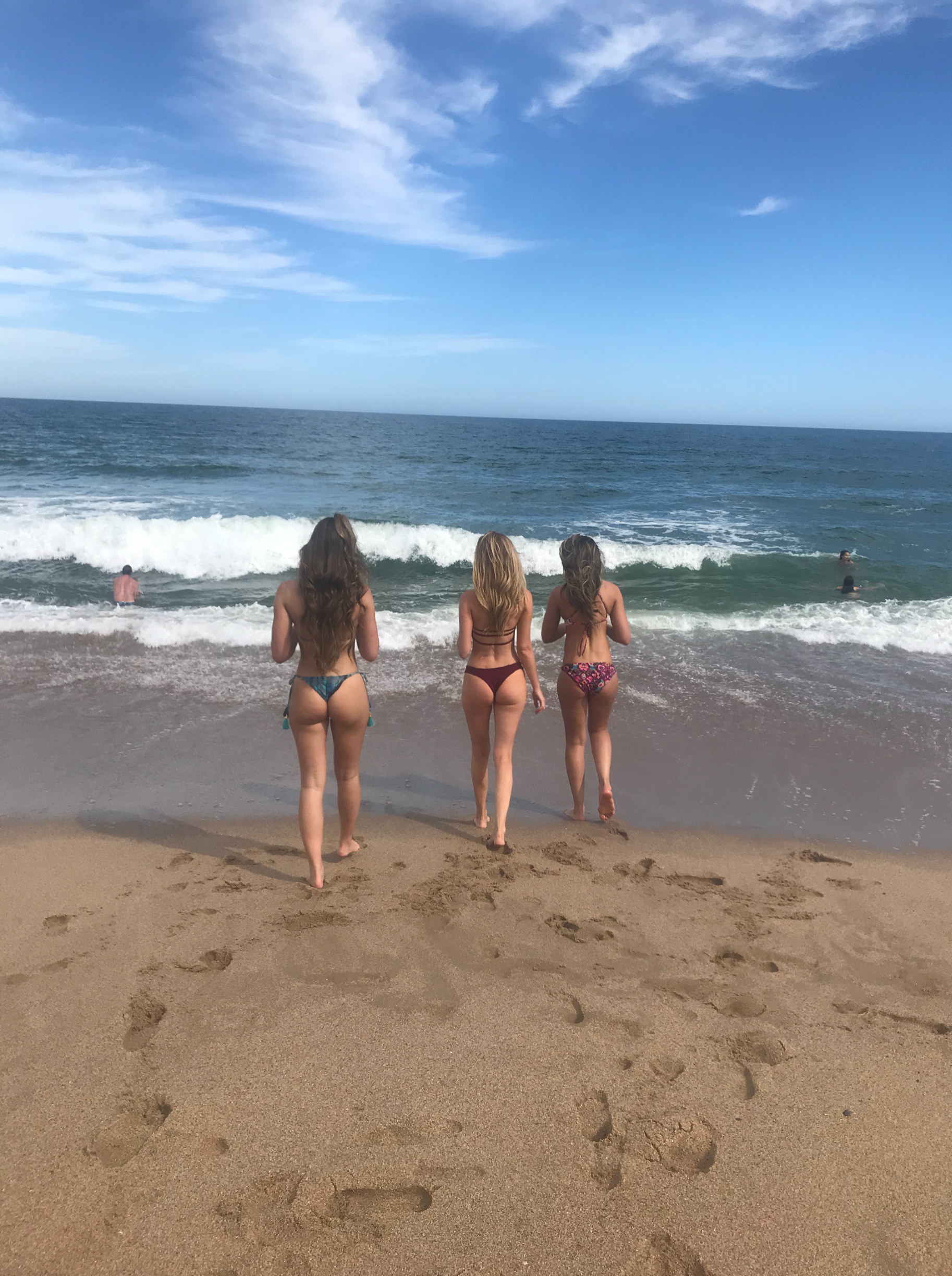 -When to Go: The best time to visit is definitely during their Summer months of late Nov to March, where you’ll get the longest days of sunlight, the best beach weather and a lively atmosphere.  On the off season, many of the restaurants and shoppes close up as temperatures drop.

-Flying in: There are two airports nearby.  Punta del Este airport is only a 45 min drive, but traffic can be unbearably and adds quite a bit of time.  The other option is to fly into Montevideo, which is a two hour drive through the less congested countryside.  A taxi or uber from Montevideo to Punta will run you around $200 usd if you don’t elect to rent a car.

-On the Ground: Speaking of that, you should definitely rent a car.  Everything is incredibly spread out and cabs and ubers are unreliable. If you don’t want to rent one, then befriend a taxi driver immediately upon arrival and have him on call during your stay.  One night we rented a passenger van for our group and it was one of the best decisions we’ve made!

–Money:  Really not much need for Urugaian Pesos here. Prices are so inflated and the exchange rate is so drastic, that you’d have to be carrying around a briefcase to pay everything in Pesos. And I never once encountered someone who wouldn’t accept USD.  Even the hat I bought on the beach!  The majority of atms will let you take out USD, but ATMS are scarce and I suggest you bring a nice stack of 100s and an Amex & a Visa.  There’s this interesting credit card company rivalry between the two in PDE, and you’ll often receive a discount for using one card over an other at certain establishments.

-Skeeters. You will get eaten alive.  These mosquitos are savage and no one is safe.  No exaggeration, one of my girlfriends left with 6 bites on her face and over 20 on her legs… we didn’t even get to counting the bites on her torso and arms!  You need deet, and I also suggest taking a vitamin B complex, starting a few days before you arrive and take religiously while you’re there.  Maybe even once in the AM & once at night. There’s something about the vitamin that when excreted from your skin acts as a natural bug repellent. 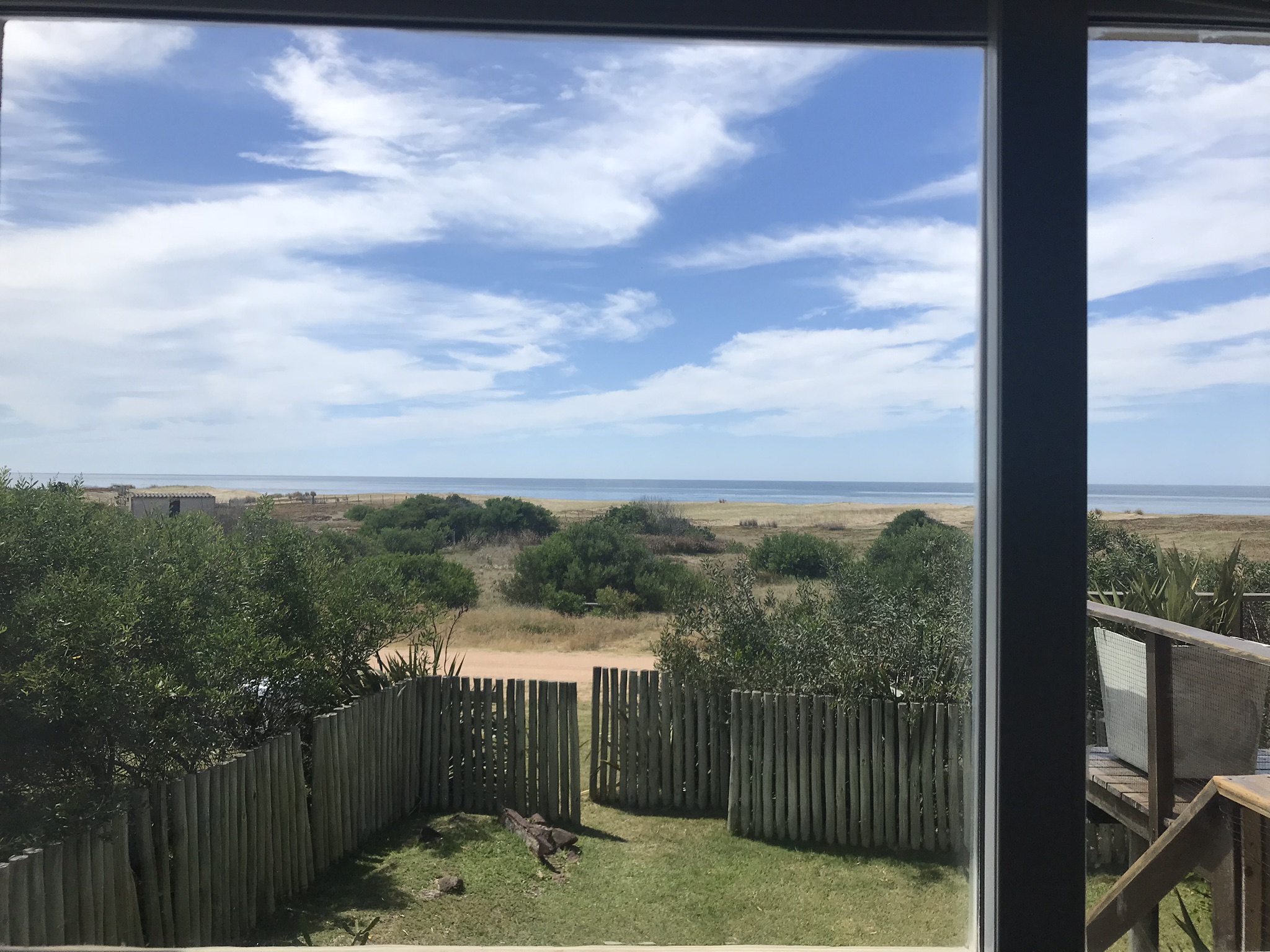 I recommend checking into an Airbnb in either of the two spots below.  I personally wouldn’t want to stay in the city center of Punta, and would much rather hang at the lively beach clubs and bars in the South.

La Barra: Most centrally located, the Barrra area is the perfect place to secure a beachside rental house.  There are a wealth of bars and restaurants frequented by tourists and locals alike and one of the best night clubs, Tequila. The beaches will be crowded but lively, with bars dotting the coast lines to get daquiris to sip with your toes in the sand.  The shopping here will definitely be more affordable that Jose Ignacio and you’ll find less well known brands. …as well as less American comforts, like a latte with almond milk.  (pretty sure they only exist in Jose Ignacio, but that’s jsut a quick 15 min drive).  Expect traffic to be outrageously heavy through the streets of la barre.

Jose Ignacio: for the boujee enthusiasts.  This pristine beach town will have the most luxurious shopping and quaintest restaurants. You can expect a less lively, but still packed beach and quieter nights.  Best for couples looking for a more quiet escape or groups of friends who aren’t intending on raging at the nightclubs of Punta.

The food scene is next level in Punta del Este, with Jose Ignacio being the clear front runner. Expect outdoor dining, communal tables, the freshest fish, and an enormous variety.

La Susana and Parador La Huella are my two favorite spots.  Gorgeous setting, fresh seafood, and strong Malbec.  These are not hidden gems, and there will more than likely be a lively crowd anytime you stop by. Both are located beachside and are fun for lunch, dinner and cocktails. 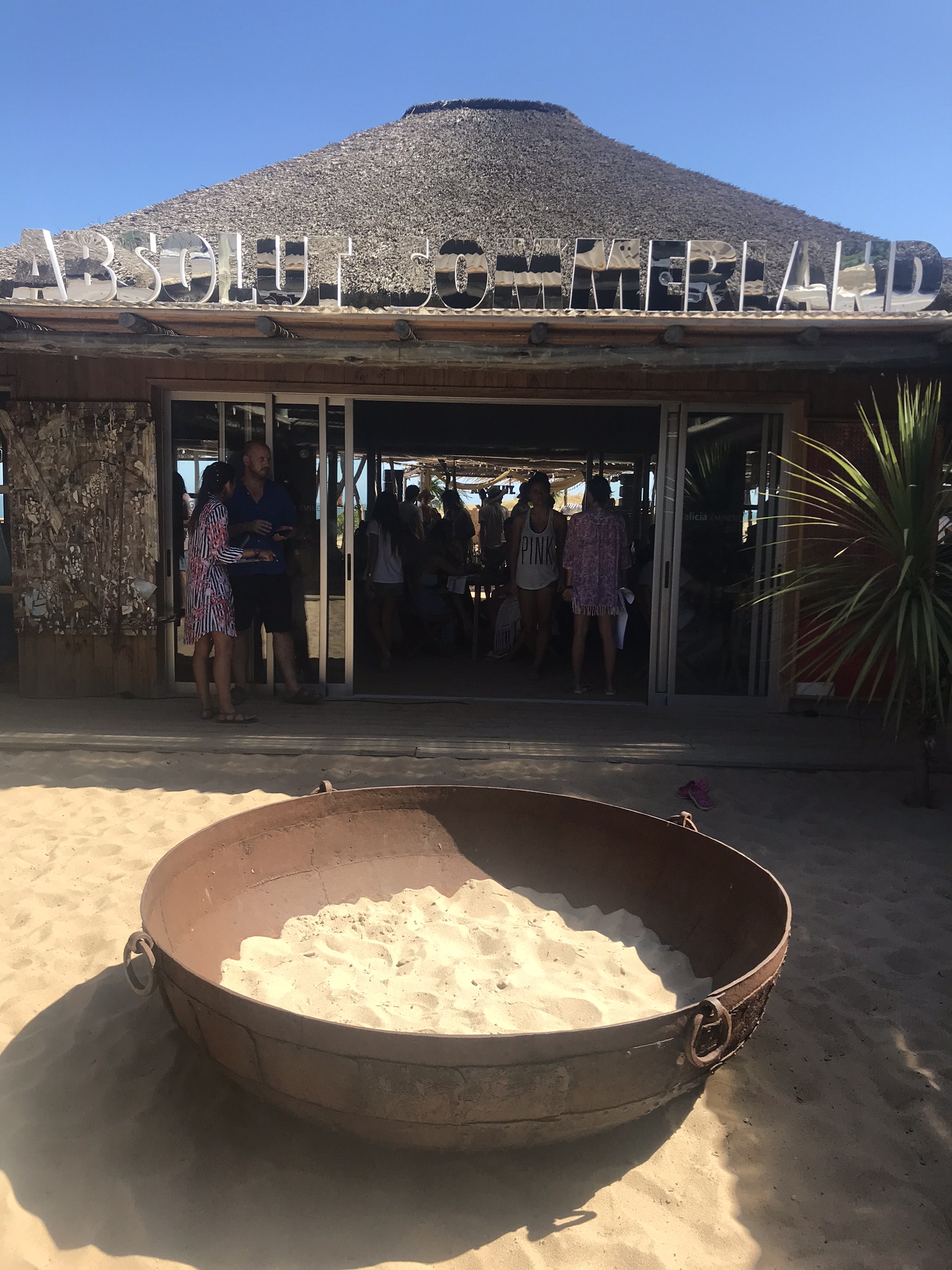 If you’re not necessarily set on eating on the beach, you can’t go wrong with the other two infamous Punta del Este spots: La Olada or Juana Cocina Bar.

I personally was also really into El Mostrador de Santa Teresita. Fresh, creative and mouth-watering dishes served in a buffet, of sorts, straights from the kitchen. This healthy spot is open for breakfast and lunch.

For fresh juice, smoothies and acai bowls, La Barra Verde is definitely the spot to be. Or maybe pizza is more your style?  You’re in luck, the outdoor health spot shares a patio with a pizza joint.  This is a pretty epic people watching spot for all the beach-comers and goers. 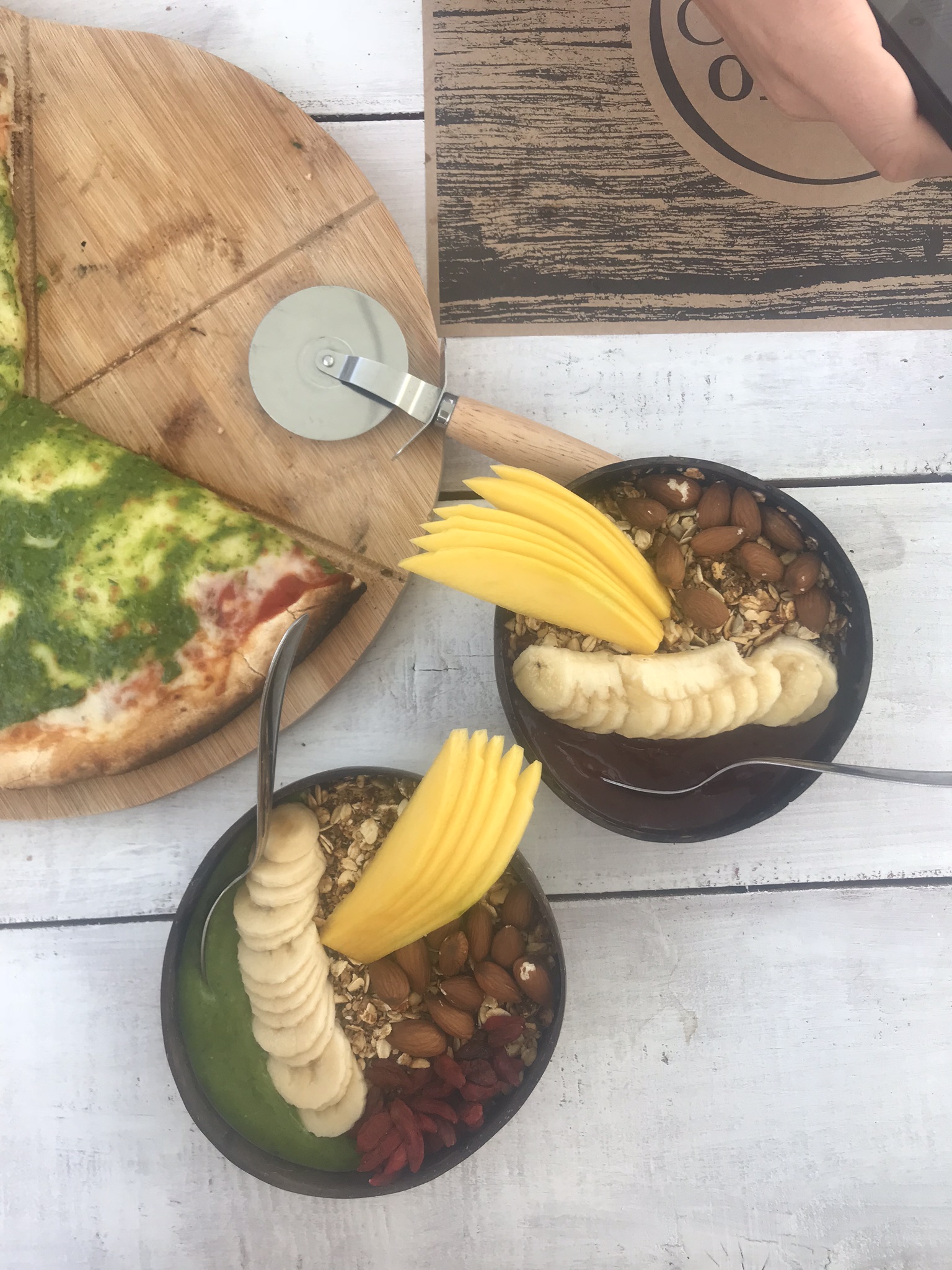 Or maybe you’re craving something sweet?  There’s a mean creperia in town serving up sweet and savory delights.  Another bonus is that Crepas shares a communal space with a few other food shacks. 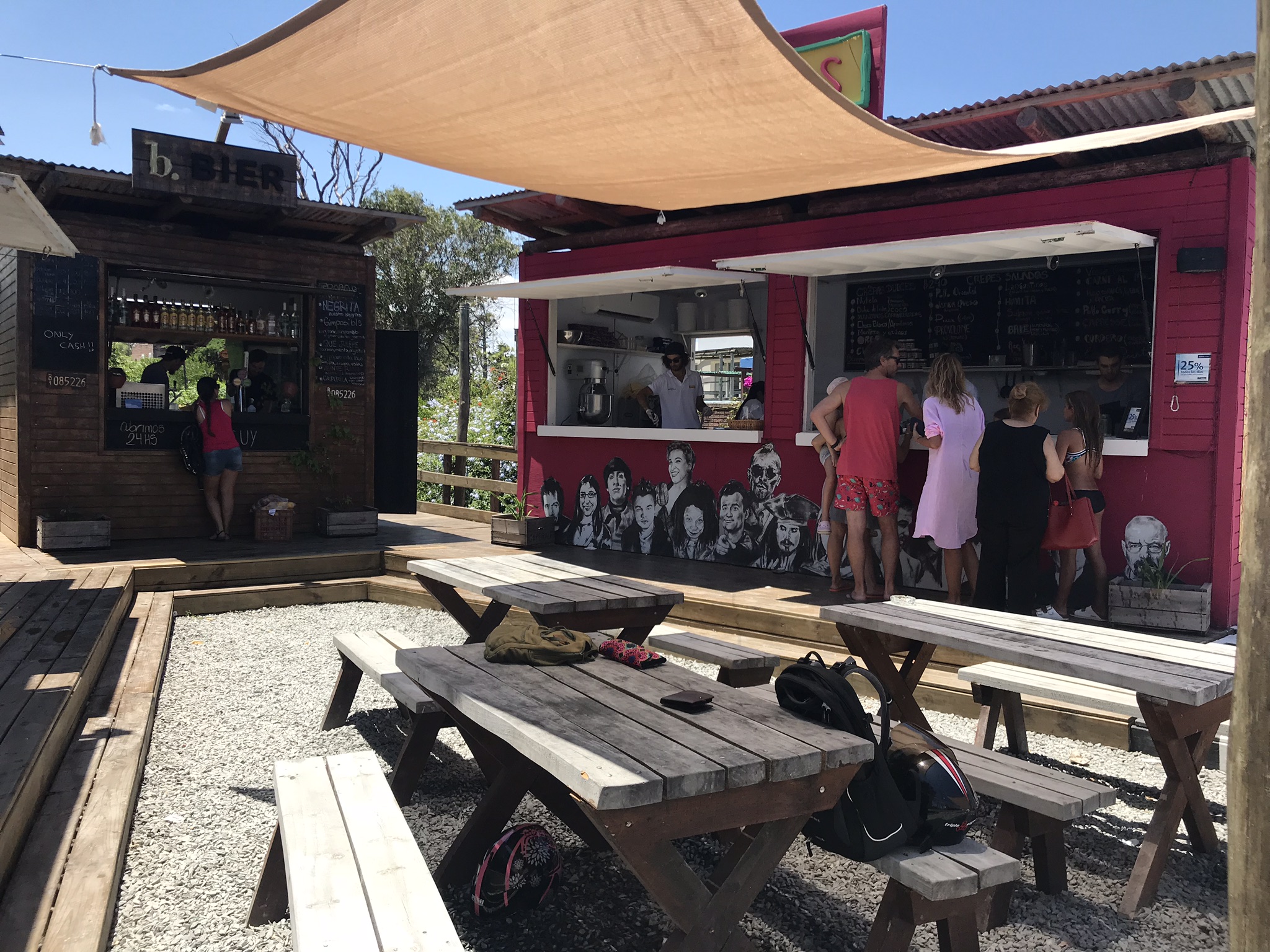 Bikini Beach is a must.  There’s live music, a few fully functioning bars whipping up frozen concoctions and a beach so crowded with babes it feels like a hollywood movie set. 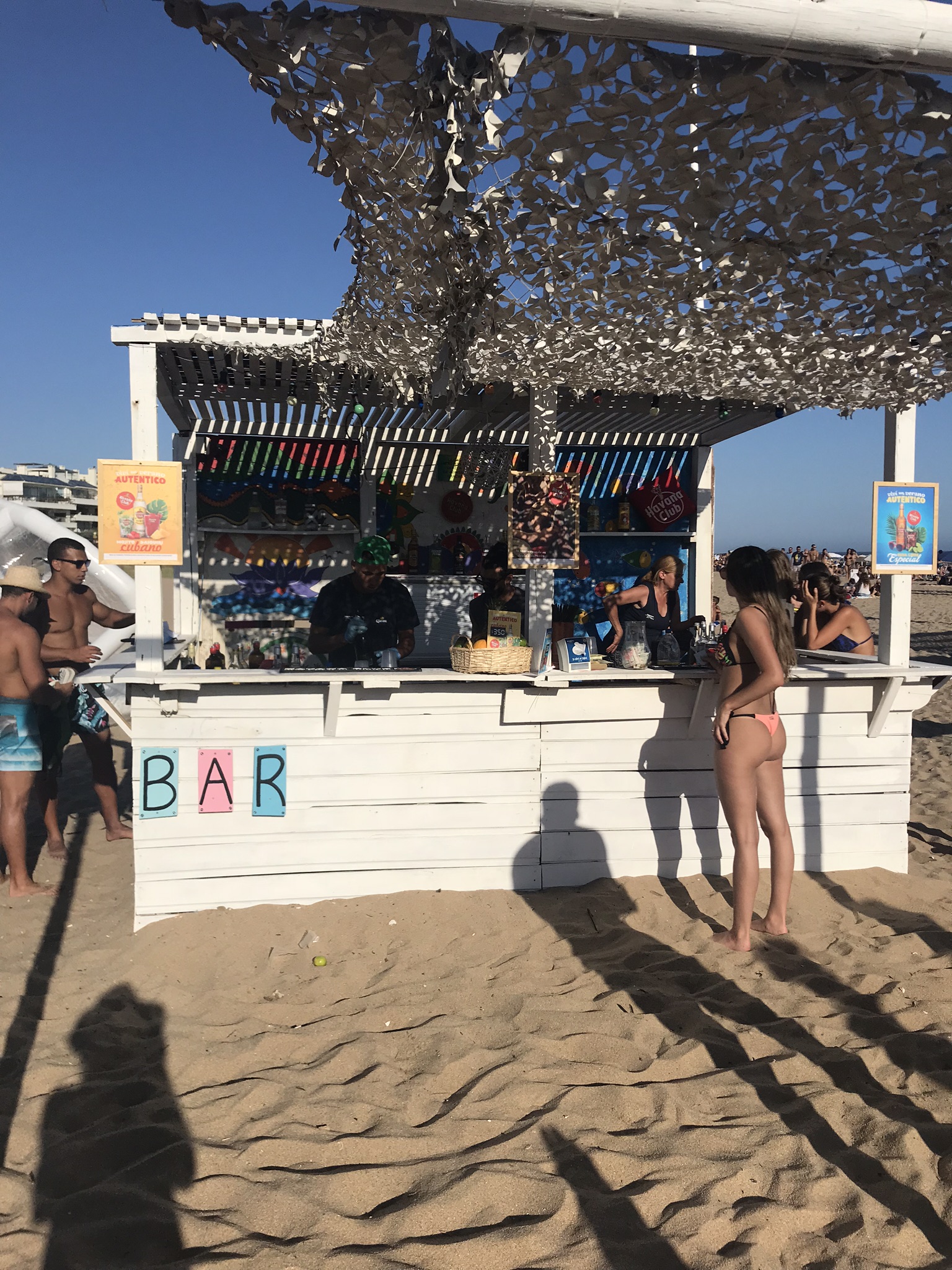 Bagatelle Beach experience. Like a classy Vegas pool party (I know, an oxymoron).  Bagatelle Beach is where you can be serenaded by a house DJ while you lounge on daybeds sipping rosé (or slugging rum, whatever).  Again, expect babes. 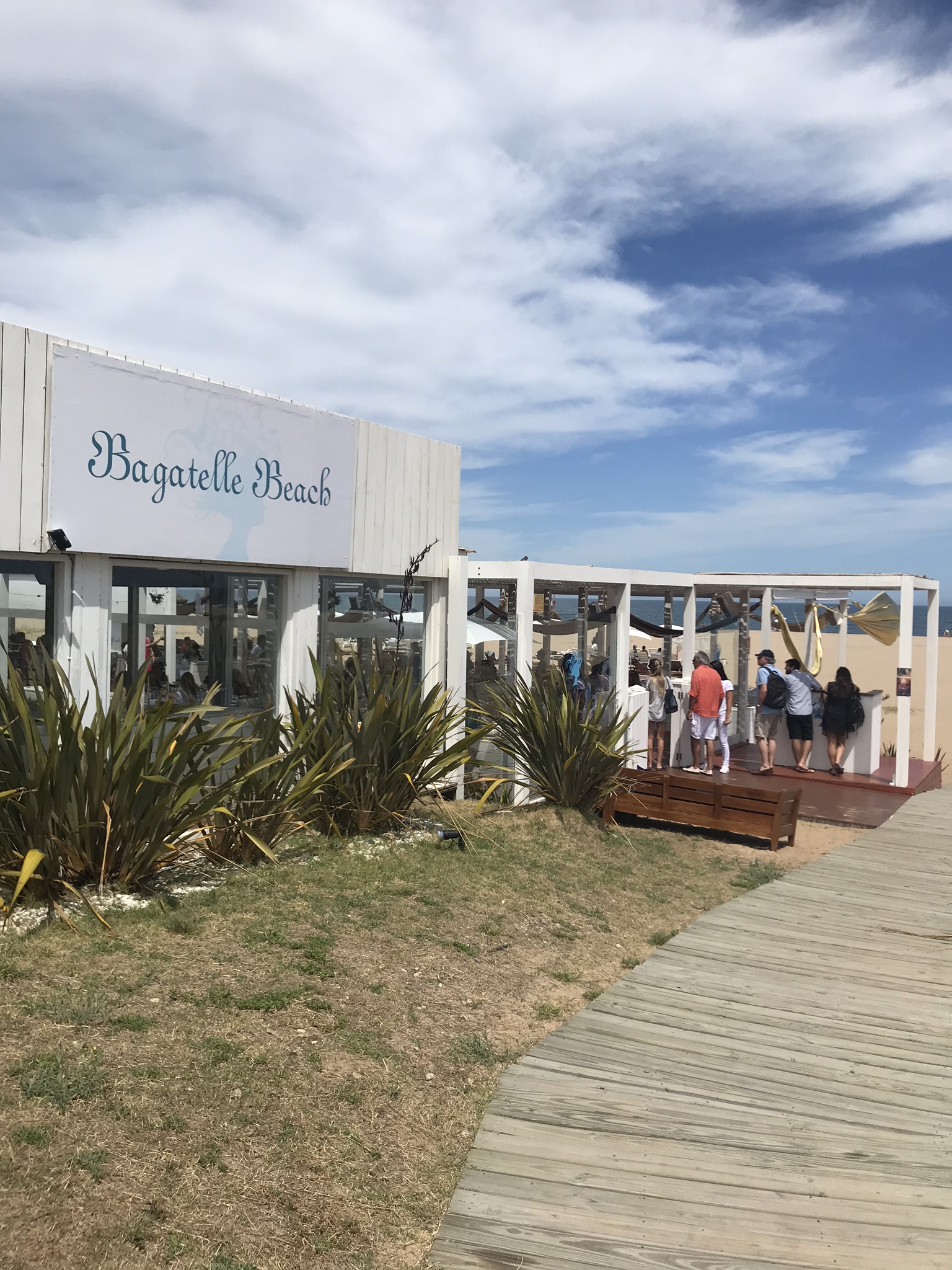 If you want to really amp up your day turn night partying, then head into Punta del Este proper for Ovo Beach Club.  If there’s a name DJ in town, you’ll find him here. 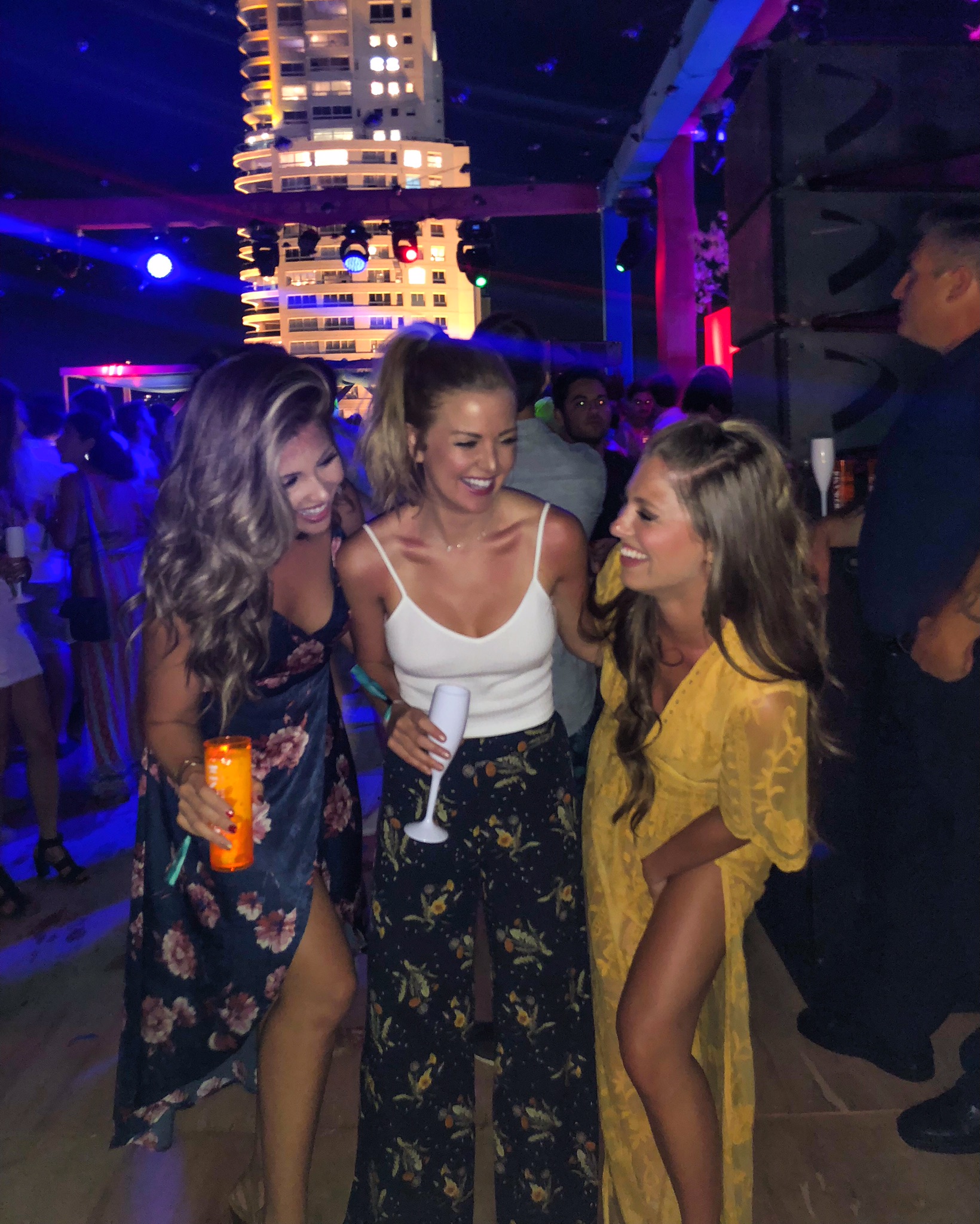 Bear in mind that Nightclubs don’t get cool until 3AMish.  But by 4AM, they are in full swing.  Tequila is the best of all the clubs we experienced in PDE and the only one I’d recommend dropping a small fortune to enjoy.

While you’re out and about, put that Spanish to good use to make friends to find out about private parties. Like this Unico one we went to on NYE. 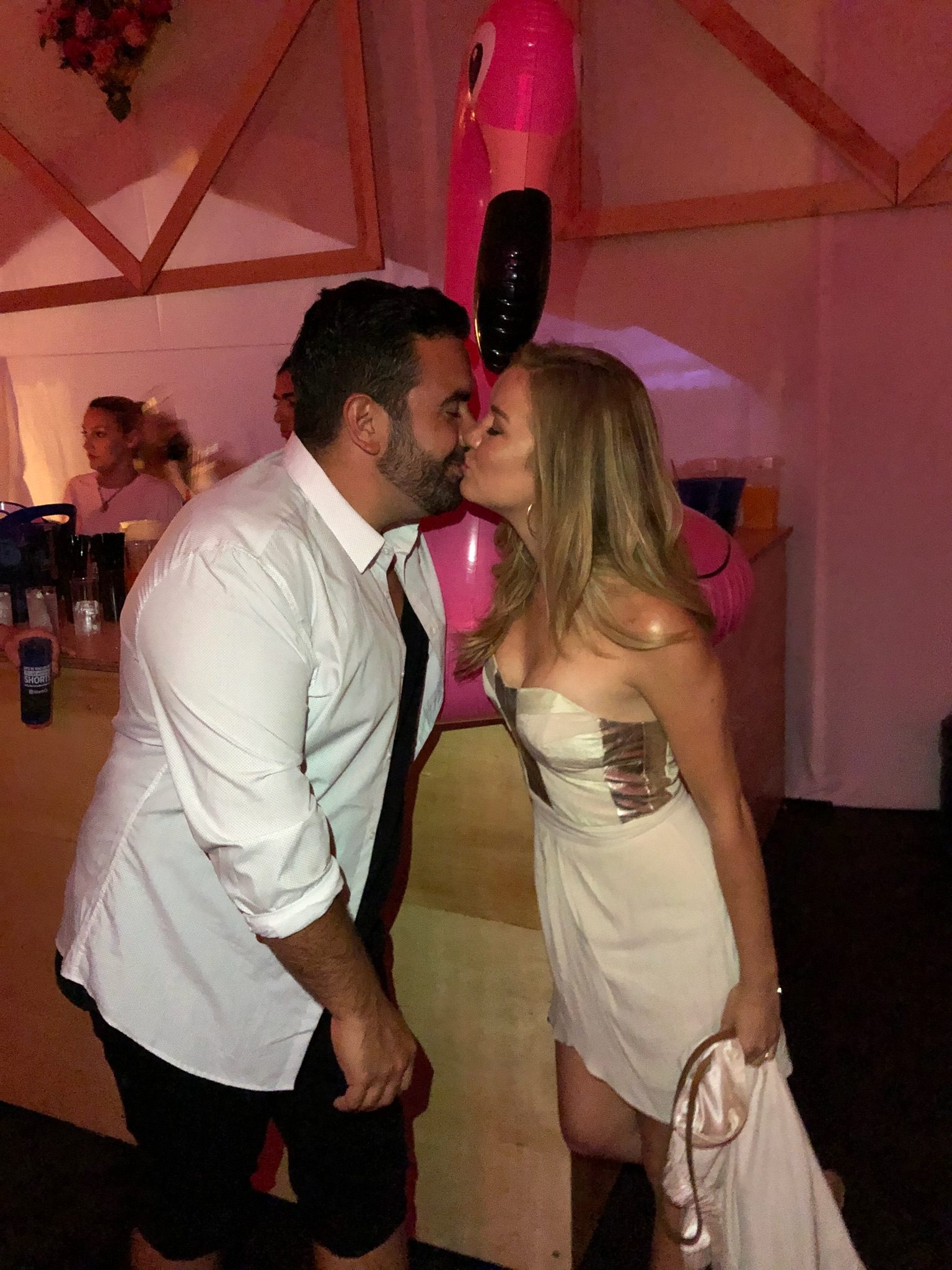 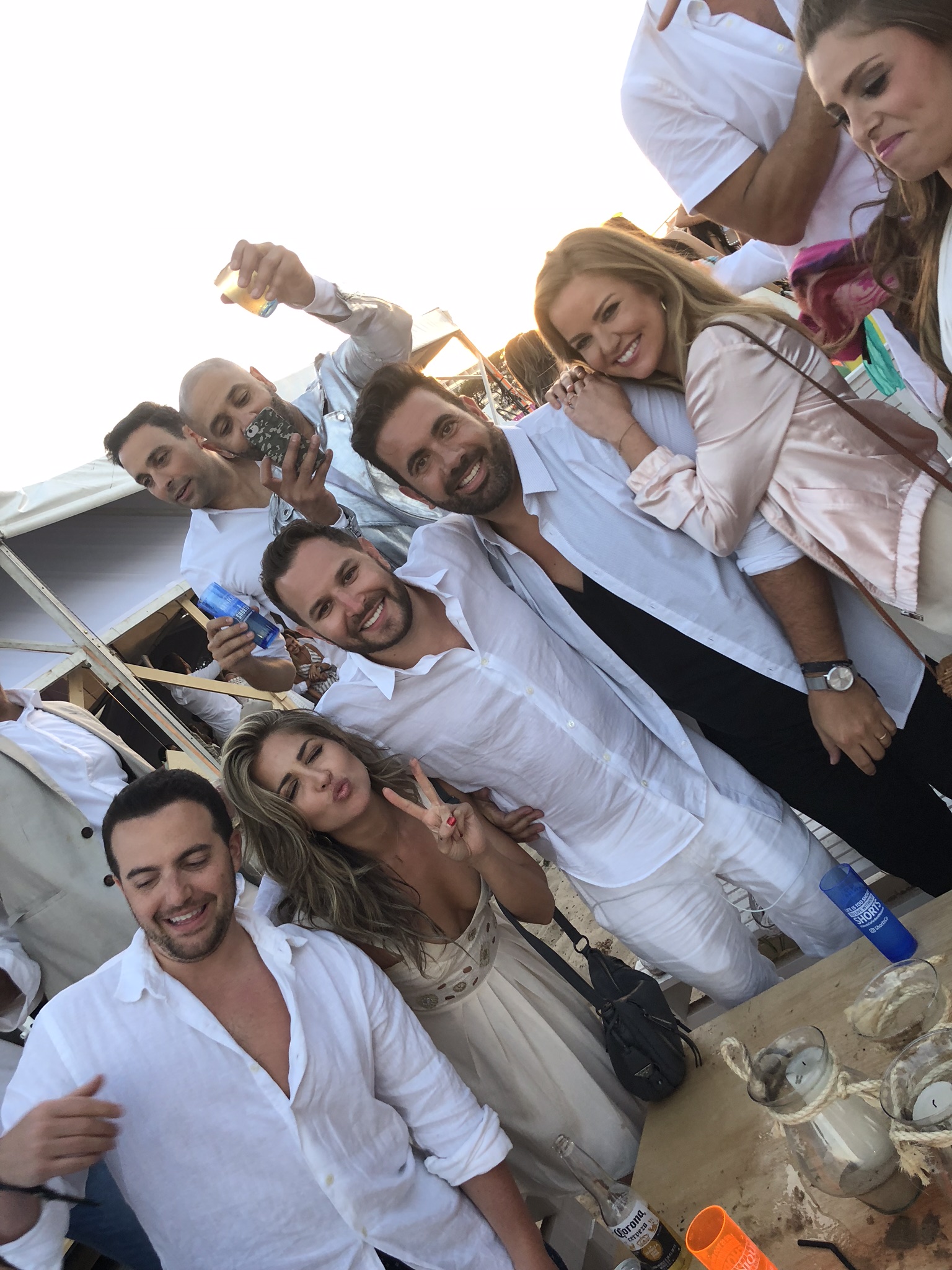 Tequila is basically nonexistant here.  And the top-shelf vodkas?  Absolut, Smirnoff & Ciroc.  Depressing, I know. Uruguay will have some great regional Malbecs from neighboring Argentina and a nice selection of whites, but as far as mixed drinks go, it’s a far cry from the mixology craze of the US.  I do recommend ordering daquiris, since they actually use fresh fruit instead of that sugary fake mix.  I also recommend caprioci, it’s a Brazilian drink with a whole lot of lime and a pretty fun flavor.  Oh, and another thing.  You can’t say ‘vodka soda’ here and get what you want.  Soda = cola. Soda water as we know it just doesn’t exist.  If you want something comparable you should order vodka y agua con gas, or sparkling water.  Or just skip the mixer and have some #chupitos! 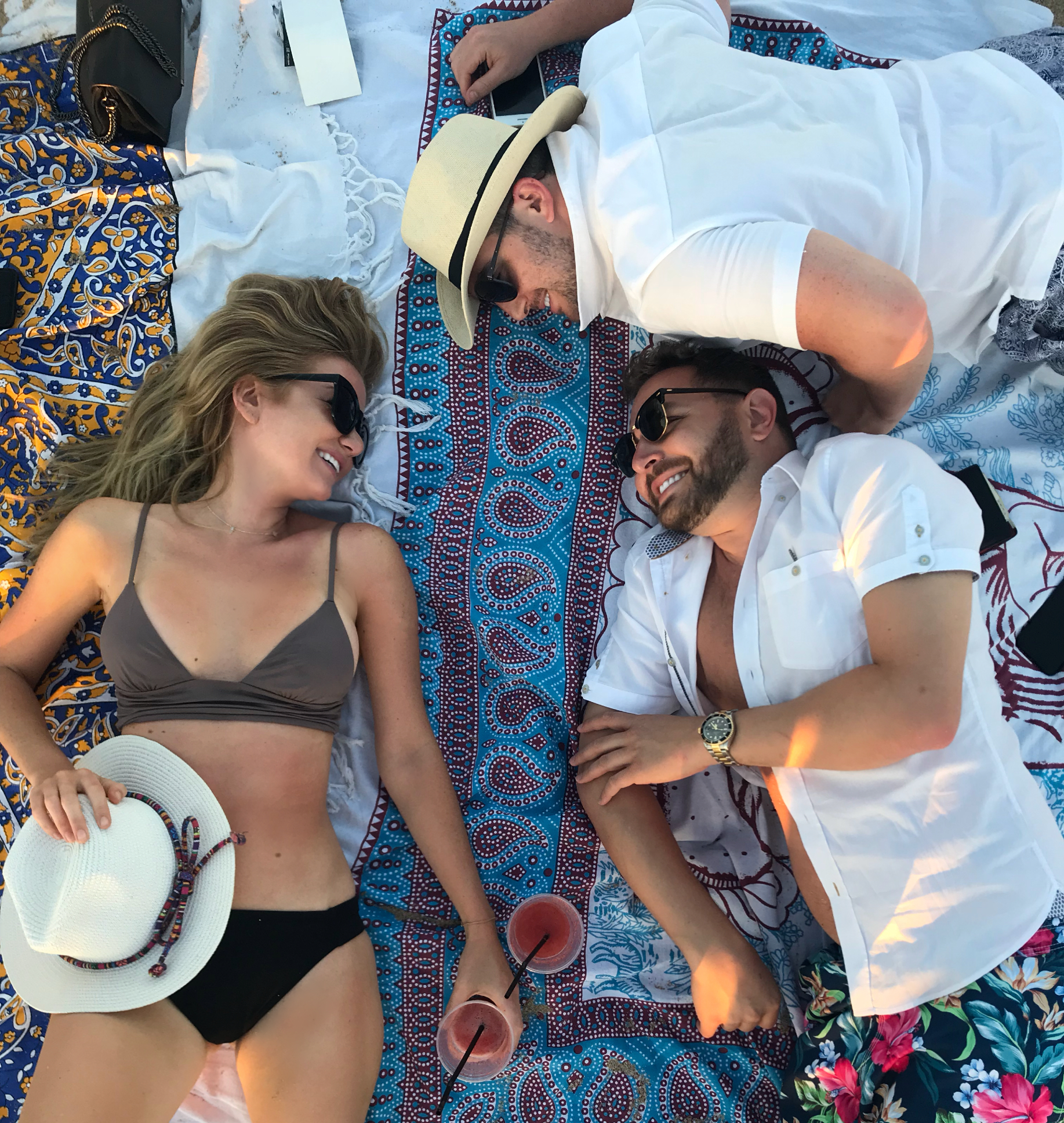 Look, you’re not going to get a cultural experience in Punta del Este, and you sure as hell aren’t going to save any money. And don’t expect to fill your days with anything besides sleeping off a hangover.  And definitely don’t be excited to see the only real tourist attraction, the hand. But a stay in this glittery coast will afford you an opportunity to party like a South American socialite, which is pretty damn cool.

PS. the sunsets are UNREAL 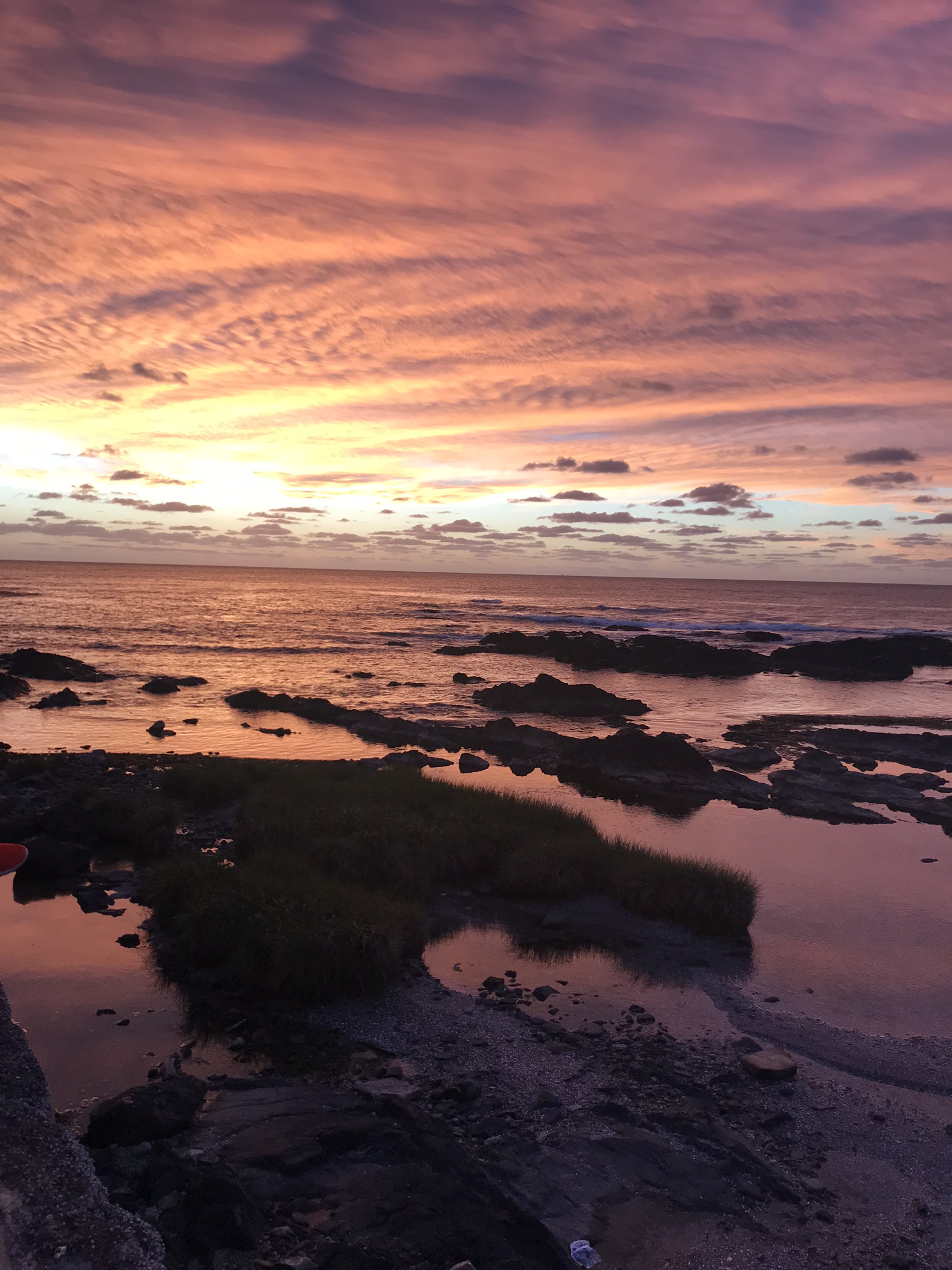 Disclaimer: you are GORGEOUS. You don’t need to

Four Seasons Hualalai is pure luxury without the s

Why don’t I eat meat? Well, I feel bad for the

New post on the blog: Why the Four Season Hualalai