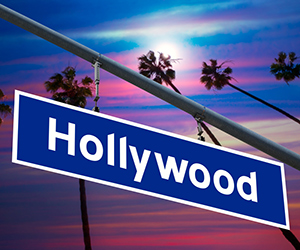 So ends the week of interviewing hell.

Well, to be exact, it has been two weeks of verifying that Assumption College is actually an accredited place of higher education and that Halifax, MA is really so small that we don’t even have our own High School.
After flying home for uncle John’s funeral I was exhausted and empty.  I spent days shooting my resume off to everything from bikini photo shoots to travel jobs to fundraise for non profits.  All in all, I set up a week of speed interviewing that left little time to digest or relax.
I couldn’t have asked for a better feel good kick off to my week as working for a Lamborghini event for Kids that have terminal illnesses or are severely handicapped.  While roasting in 90 degree heat on Hollywood Blvd on a Sunday afternoon, kids who were imprisoned to their wheelchairs, breathing apparatuses and even feeding tubes were afforded the adventure of a lifetime; taking a spin in a Lambo in Hollywood.  I felt guilty being paid considering the picture taking and pep talking was rewarding enough, but the $75 for an hour and a half of my time fueled my gas tank for the week to come.
Monday morning started with an info session at the Beverly Hills Playhouse to see if I’d like to register for classes followed by a radio hosting audition in Hollywood.  The playhouse was a fabulous experience, the radio audition.. hmm well perhaps if I could booty drop and had Tupacs naht dead tattooed across my chest it might have gone a smidge better.
Which brings us to Tuesday.   Interview at ICM, where I got my first taste of corporate crazies, an audition for representation by two Jewish guys working out of a closet in Beverly Hills (and they STILL didn’t take me!), and auditing one of Anthony Meindl’s master acting classes with 30 other hopeful starlets.
Lovely Wednesday left me with a rejection from a Gilt fashion show gig where all I would be doing is measuring men for suits (really, why didn’t they chose me?) followed by a rejection from a fitness company in Manhattan beach mumbling something about needing more defined calves.
Before my morning coffee on Thursday, I was at William Morris for a reality check, then off to Katalyst for a casting associate position interview, and lastly a role in a student film at USC that I got 15 minutes away from only for my co-star to call in with some dire excuse that enabled her from making the shoot.
Thank God it’s Friday because I get to meet Ted Chervin’s two assistants for the best and most relaxed interview of my life… well except they alluded to how painful working as a bitch to someone as powerful as Ted really is.
A few glasses (bottles of wine) later and it is finally Saturday, but no resting here.  An interview with a talent management company only for them to offer me a commission only position and then a hosting audition where I read like I was doling out death sentences.. not light hearted shorts on traffic back ups and celeb news.
Sigh.
Lessons learned:
1. If you’re interviewing to be the assistant to the head of TV at ICM, you probably should have your favorite television shows.. and why.. on hand.
2. Your lint roller should be your best friend.
3.  Wine cures even the most embarrassing auditions.
4. If you have to shuffle in your heels to take forward strides.. chances are your heels are too high.
5.  If you’re going in for a fitness audition, maybe do a sit up or two beforehand.  Oh, and maybe put down the bagel, just saying.
6. It’s literary department, not literacy.  You moron!  (still feeling the sting from this one)
7. Spit your gum out before you go to your interview.
8. Don’t compliment the elevator simply because your hideously nervous of silence.
9. If you say your fluent in Spanish on your resume, you should probably be able to answer a pregunta or two mid interview.
10. Smile smile smile.  Take a big deep breath, check your teeth and realign your posture; you’ve got this.  You are an asset to any company lucky enough to hire a gem like you to their payroll.. own it. 🙂
Show us some star love:
Your vote is so very appreciated, thank you!
Share
agentBeverly HillsICMinterviewingtalent agent