An Insider Guide to Exploring Boston as a Tourist 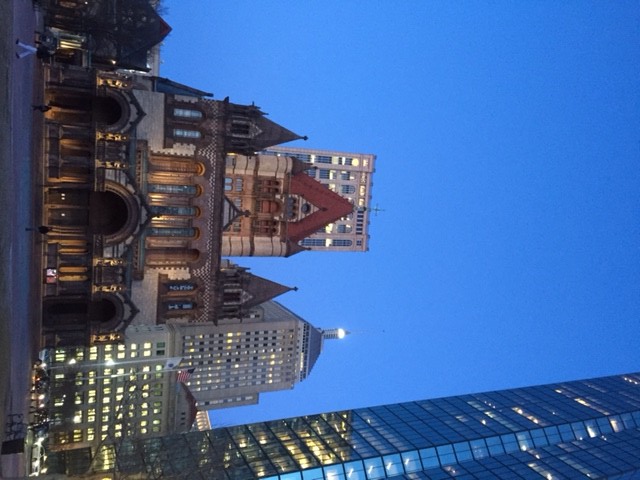 Ok lets get real about two things.  Foremost I should coin the travel slogan ‘travel as a local but also explore your home as a tourist”. Money.

Secondly, I should confess Boston isn’t reaaaally my city. Heck until senior year of high school I probably had been to disneyworld more times than I’d ventured the 40 minutes north into Beantown. I can fondly remember taking the T in for my first Red Sox game (dawning a johnny damon shirt of all things!) and feeling so overwhelmed with the looming buildings, maze of one way streets and the air of sophistication and purpose the passerbys exuded.   Don’t even get me started on my confusion at switching t lines.

Of course I would scoot into the big city for special birthdays and fancy outings, but I was always a Halifax girl at heart.  Occasionally over the next four years of college we would slip off to the city for drunken escapades, but even then I felt like I was always just along for the ride, not that I had any real stake in this mysterious string of brick laden bars.Yet whenever I was asked where I am from (which really was only when I was studying abroad in Spain) I always said Boston and never got more than a nod for a response.

While my initial plan was to move into Beantown after college, before my graduation cap hit the ground I was already planting my roots in Los Angeles.  And here in LA? Every damn person had been to Boston!  My gig was up!  I could barely hold a conversation about the city I called home. Always mumbling the same poor excuse that I actually grew up 40 min south in some podunk town so remote we didn’t even have any fast food restaurants besides a Subway that went out of business after three months.

Push comes to shove and I end up moving (grudgingly) back home to pursue a career as a talent agent.  All of a sudden I was switching t lines 6 times a day and navigating through Copley to get to the Back Bay in time for work. When the clock hit 6, I was off to dinner in the North End and drinks in Beacon Hill. And if it was the weekend I might even be posting up in Southie to get a head start on day drinking for the next days game.  My friends from home and college had infiltrated the city and there wasn’t a night I didn’t spend getting my heel stuck in the brick and cobblestone sidewalks while I rushed from a work fashion show to a dinner on the water only to follow it up in some exposed brick loft overlooking the Boston skyline. I quickly fell in love with the city I never really knew, but always called home.

There’s a magic about Boston. A comrodery unsurpassed by any other place I have ever visited. The proud home of diehard sports enthusiasts, real clam chowda, and a rich history that rivals no other.  Every winding one way street you stroll down drops you off at yet another monument, old church or historic harbor viewpoint. This is a city of soul. Of real honest to God down to earth people who fight to maintain their Bostonian heritage.  These are proud people who don’t judge based on labels or price tags, but on character, sports alliances and what corner bah you call home.

My year in Boston was a year of self discovery.  I made a point to learn the history, visit the sites (yes even take a duck tour!) and view the city as an open minded tourist.  I learned not only to be independent but also to appreciate true friendship. I did everything from hobnob with the fashion and entertainment world to shucking my own crab legs, and I can truthfully say I am now more proud than ever to call Boston home.

10 thinks you have to do when you visit -or live!- in Boston

1.  My favorite area is the North End. Visit the old church, walk the freedom trail, eat some authentic pasta and top it off with a trip to the infamous (and rightfully so) Mikes Pastries for a cannoli or 7 (they are that good)

2. Duck tour? Dont even think about skipping this foolishly silly but informative tour!  Pick it up in front of the prudential center, it’s a better route than the Charlestown pick up. Quack quack!

3.  Cambridge is memorizing. Not only are you strutting around with the worlds most intelligent youth, you’ll be amazed by the zeal and enthusiasm these budding geniuses exude. Everyones on the break of something big- and consequently optimistic about their bright futures. Hidden gem restaurants tucked into every corner and charming art galleries and boutiques line the streets.

4. Oh Newbury, how I wish I could afford you. If the North End is my favorite, the Back Bay is hanging onto a close second.  Swing by Stepanie’s on Newbury for some lobster mac and cheese then hit up Second Time Around for fabulous vintage finds.

5. Fenway is a priority. Fenway franks are a must.  Pats season? Throw on a jersey and head to southie to forge some lifelong friendships over buffalo chicken wings and bud lights.

6. Catch a show at the historic Wang theater – then stroll through the theatre district

7.  Seaport in the summer comes alive.  Hit the convention center for a harpoon or marathon festival then bar hop along the water.  Plan on stopping by the roof of Legal Seafoods for a lobster roll and a cup o’ clam chowda.

8. Boston gardens.  Swoon.  Take your camera and capture the breathtaking arrangements of flower gardens, swan boats and lazy willowing trees. cold weather? Enjoy a tea time at the Ritz and watch the soft blanket of snow tuck in the garden, or the last leaf lazily drift to the ground.

9. The museum of fine arts, aquarium, science museum and contemporary arts museum are lovely ….but if you only have a day just swing through the library in Copley square then visit the Copley church and enjoy a frozen lemonade (or a Dunkies hot cocoa) before ducking into the Copley square hotel to try the original Boston creme pie (delicious but arguably rivaled by the Park Plaza hotel’s)

10.  Embrace the simplicity. The ease of navigating through a city you can walk from one side to another, but don’t have to because the public transportation is too straightforward not to take advantage of.  No finding parking, no valet, no heels that are going to get stuck in the cobble stones and leave you limping for the next week anyhow.  Leave your cell phone in the car and really feel the history and engage in a conversation about who you are not what you do or the paycheck that accompanies it.  And I’ll let you in on one last secret. We don’t JUST love our sports teams, we love disguising a little belly we proudly acquired via chowda, fish an chips, buff chix, Boston creme pie and the like.  Wear your stretch pants and a tshirt and relish in the life of a true Boston native.